Our Vision and the Reasons Why

Our vision and the reasons why:

The goal of Shattering Glass Ceilings Scholarship is to provide every woman in America the opportunity to pursue a higher education. Seems like a lofty goal, right? Maybe it is. But, we think if you’re going set a goal, you should make it the one you’d most like to achieve.

Why focus on educating women? We are firm believers that when you educate a woman, you educate a family. Communities at large are better off when women are educated. In 100 years, we’ve progressed from women not being allowed to vote before 1919 to electing the first female candidate to represent one of the two major political parties in a presidential election. We want to continue to empower women to break all the glass ceilings that still exist in society, and one of the ways to realize this is to ensure that all women have access to a post-secondary education to help them achieve their personal goals.

One of our goals is to also ensure that the women who are attaining higher education accurately represent America’s complex diversity. While women comprise 57% of the student population at degree-granting institutions in the U.S., the women attaining their degrees do not adequately represent our diverse population. For example, white and Asian women are significantly more likely to complete college than black or Hispanic women. And, according to a 2014 report by the White House, while 50% of people from high-income families will earn a bachelor’s degree by the age of 25, only 10% of people from low-income families will. It’s important that we work to narrow these gaps.

Since 2016, the federal administration has made and proposed several changes to how students pay for their post-secondary education. For example, they have already eliminated the tuition and fees tax deduction. In addition, they have proposed numerous changes to the loan forgiveness program, such as eliminating the public service loan forgiveness program for future borrowers and subsidized student loans, capping the amount of money students can borrow, and creating a single-income driven repayment plan option with a capped percentage. We don’t yet know how the current federal administration’s higher education plans are going to play out, but it is likely be to quite different than it is now. Applying for and being awarded scholarships allows students to pay for tuition without having to worry about the changing rules of the federal loan program.

There are lots of scholarships available, so what makes Shattering Glass Ceilings Scholarship unique? This is a grassroots campaign through which we pool our resources to help others. Over the years, we’ve seen grassroots organizing accomplish amazing things. For instance, the discovery and isolation of one of the genes that causes ALS was the direct result of money raised via the Ice Bucket Challenge of 2014. This is a great example of the impact people can have when they come together around a common cause. Individuals don’t have to contribute lots of money to be part of something that can have a huge impact. We know that together we can accomplish something extraordinary. 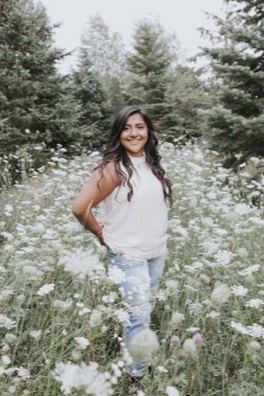